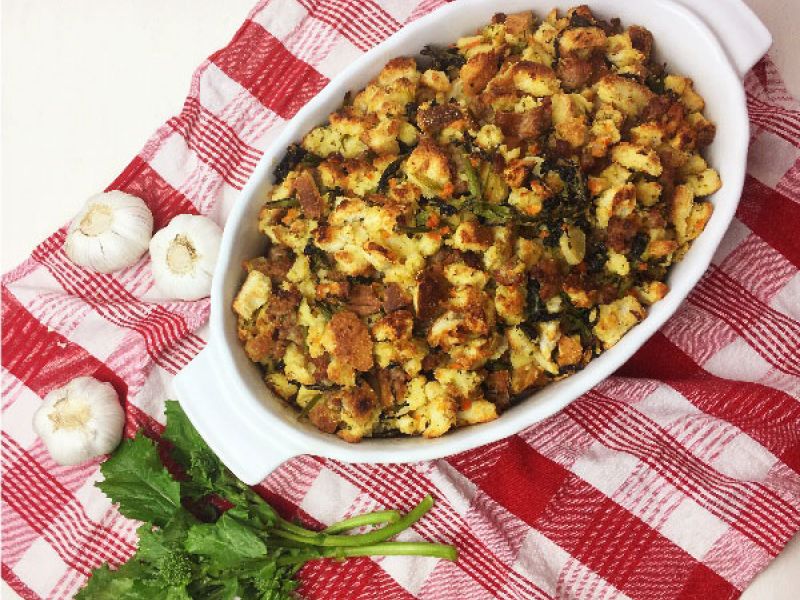 Preheat your oven to 400 degrees. Butter a large casserole dish and a sheet of aluminum foil. Set aside.

Spread out the bread on two 13x18 inch baking sheets. Bake the bread until dry, about 10 minutes. Remove from heat and transfer to a large mixing bowl. Set aside.

Put a large sauté pan with a lid over a medium flame and heat two tablespoons of the oil. Add the sausage and sauté while breaking it up with a wooden spoon into small pieces. Cool until the Sausage has browned, about 7-10 minutes. Transfer to a plate using a slotted spoon. Set aside.

In a mixing bowl whisk together the remaining broth, eggs, melted butter, cheese, salt and pepper. Pour the mixture over the bread little by little while mixing with a spoon. It may appear dry at first but just keep mixing.

Cover with the foil, butter side down and bake for 20 minutes. Uncover and bake an additional 20 minuets or until the top is golden brown.