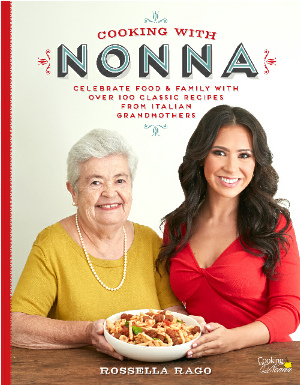 We all know the beloved puppet Pinocchio who originated in Carlo Collodi's fable, and now we can bring him home! As the tale ...
By rossella rago
Posted in The Food Stories on 05 August 2022
Read more

The Summer of Sophia

There is a new summer dress in town and her name is Sophia! Inspired by icon, Sophia Loren, Rossella brings you The Sophia Dress. Available...
By rossella rago
Posted in The Food Stories on 29 June 2022
Read more

A Present for Papa'

A Present for Papa'! While Father's Day is celebrated in Italy in March and coincides with Saint Joseph's Day, Americans set aside a day fo...
By rossella rago
Posted in The Food Stories on 18 May 2022
Read more Marche is a region on the Adriatic coast, which borders with Romagna to the north, Abruzzo to the south, Toscana and Umbria to the west.  It's landscape is quite special, with a low coastline, interrupted only by the Monte Conero near it's capital Ancona, a promontory with white cliffs and clear waters. Only a few thousand meters from the coast hills equal to those of Toscana for their poise and serene beauty.   Peaks like Monte Carpegna provide a healthy and attractive skiing destination for many Europeans.

It is a peculiar region, with provinces which hold their own identity, and their own dialects: Pesaro the northern most province, famous because it is the hometown of the composer Gioacchino  Rossini; Urbino, one of the most beautiful University towns in Italy, and birthplace of painter Raffaello Sanzio. Urbino had its splendour in the Renaissance, the treasures, buildings and palaces still standing proud;

Ancona, the capital , with its important port and home to the second Marine Academy in Italy;
Macerata, beautiful city with its famous Arena Sferisterio, the theater which is said to have the best acoustics in the world,  and province of Recanati, one of the most beautiful hill towns in the Marche, and home to writer Giacomo Leopardi,   and of tenor Beniamino Gigli; Ascoli Piceno, and it's roman bridge, it's Malatesta fortress, and it's beautiful marble Piazza del Popolo.

It is a land of conjunction between the north and south, and the cuisine is also a conjunction of all the regions which surround the Marche. In ancient cooking books,  Marche is not listed, because nothing original was found there, but how can you explain that if you travel the length of this region you can eat better than anywhere else in Italy?

One of the reasons is that the fertile land gives ingredients which are unique in their taste, and it makes for better quality.  Add to this the fact that the people of the Marche have a tradition of interacting with their neighbours and have an innate gentleness and hospitality. All is done to perfection, with love and pride. The coastal area offers fish dishes which are superb, although the fish in the central Adriatic is not sophisticated: the “brodetto“  being the day's catch cooked with a light tomato sauce and coloured with safron; the   "lumachine di mare“ cooked in a light fresh tomato sauce and flavoured with wild fennel; the spiedini, like in Romagna, just flavoured with garlic and oil and put on the charcoal.

The hills and the forests give treasures like wild mushrooms and the famous "tartufi“, second in taste only to those from Alba in the Piemonte (actually the Marchigiani say that Alba buys their trouffles in the Marche) whether that is true or not is not important, but it is a fact that  the Marche is the largest producer in Italy of this exquisite tuber.

Then the Porchetta - roast pork which is found in markets and even along the roads of the Marche. Bordering regions claim primate to the Porchetta, but the Marche insists it originated there.  It is surely quite delicious, as like just about everything else, it is cooked with patience, with the best herbs, the most aromatic wood goes into the barbecue... makes you hungry just thinking about it.

If one must name a dish that is typical of the Marche, then it is surely the "Vincisgrassi“, a Lasagna dish that is made with ingredients that differ depending on which province they are prepared: besciamella and typical minced meat ragout in the north of the region and a sauce made of wild mushrooms, chicken interiors, ham and tartufo in the internal towns.

A famous dish in the Pescara region is the "ravioli“ with ricotta stuffing, and served with a peculiar sauce made from lemon sole, wine and tomato, and topped with loads of Parmigiano.